Mark Ayyash is Associate Professor of Sociology and Director of the John de Chastelain Peace Studies Initiative at Mount Royal University, Calgary. He teaches and writes in the areas of social and political theory, political violence, and decolonial movements, particularly focusing on the Palestinian-Israeli struggle.

He has published several academic articles and has a co-edited book on Protests and Generations in the MENA and the Mediterranean. His forthcoming book with the University of Toronto Press is titled A Hermeneutics of Violence.

This talk explores the structure of expulsion that marks settler colonial sovereignty in the case of the Palestinian-Israeli struggle. I focus on two interrelated elements: the first concerns the very violence of expulsion. In my forthcoming book, A Hermeneutics of Violence (Nov 2019), I advance a four-dimensional conception of violence (instrumental, linguistic, mimetic, and transcendental) by placing in dialogue various theories of political violence from anthropology, sociology, international relations, and philosophy. My book argues that far from separation, violence constitutes fundamental conceptions of social/political life as shared and as “real,” directing “enemy-siblings” towards the propagation of violence.

Violence does not simply serve to establish a settler colonial state, but also ensures the (often hidden) interlocking of enemies as enemy-siblings at the very foundation of the state. I examine this dynamic through a hidden mirroring of Palestinian and Jewish experiences of expulsion in the work of Benny Morris. The second element of the structure of expulsion concerns a logic of abandonment. In my current research project, I examine how Israeli settler colonial practices seek to obfuscate the aforementioned mirroring. Such practices do not just expel the Palestinian from the land that is to become Israeli territory but seek to abandon the expelled Palestinian within a space of continuous political estrangement, where the expelled Palestinian is rendered toxic, contagious, and untouchable within the parlance of the international political system. I argue that such efforts ultimately cannot remove the foundational interlocking of enemy-siblings.

The New School for Social Research, Department of Politics 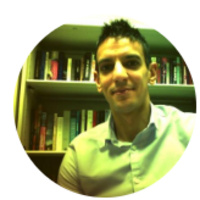