This talk explores racialized epistemic exclusions and inequality in social theory, and sociology more broadly, through a history of the present that connects founding assumptions of early sociology to present-day exclusions. It shows that sociology’s initial emergence within the context of empire means that early sociological thought embedded empire’s own structure into some of its logical forms and disciplinary warrants. Early sociological thought was thus structured by deeper racialized assumptions about knowledge, knowledge production, and agency that persist in some sectors of sociological discourse today and which contribute to ongoing exclusions and inequality. Overcoming these racialized exclusions and inequality requires addressing these deeper structures to create a transformative epistemic pluralism (i) through provincializing, rather than replacing the canon, and (ii) by rethinking what “theory” and “theorizing” actually is to include “theorizing by the fragment.”

Julian Go is Professor of Sociology at Boston University. He is the author, most recently, of Postcolonial Thought and Social Theory (Oxford, 2016). He also published books on American empire, US colonialism, global historical sociology, and transnational social fields. His scholarship has won prizes from the American Sociological Association, the American Political Science Association, and the International Studies Association, among other institutions. In July 2020 he will join the University of Chicago as Professor of Sociology.

This event is sponsored by the Department of Sociology at the New School for Social Research.

The New School for Social Research, Department of Sociology 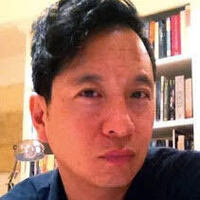