Mannes Opera: The Turn of the Screw

The College of Performing Arts presents a Mannes Opera production of Benjamin Britten’s Turn of the Screw, directed by Kate Whoriskey and conducted by Daniela Candillari

Based on Henry James’s chilling novella, Britten‘s The Turn of the Screw tells the story of a governess, desperate to protect her children from evil as they experience strange encounters at a remote country house. As the story unfolds, the exact nature of evil is questioned as the young woman's fears bring her closer and closer to the uncanny.

Conducted by Daniela Candillari, one of the opera world's most dynamic up-and-coming artists, Mannes Opera's The Turn of the Screw features two casts of students in a highly theatrical production that pushes at the boundary between what we know, and what is unseen.

Under the leadership of new Managing Artistic Director Emma Griffin, the Mannes Opera is deeply invested in exposing students to work that will challenge them musically, intellectually and artistically. Furthering a broad vision of what opera can be, the program challenges its young artists to sing extraordinary music and build richly detailed performances, preparing them to thrive within a 21st-century operatic landscape that is exploding with new forms and content.

Tickets are free for New School Students with student ID at the box office on the day of the performance.

Presented by the College of Performing Arts. 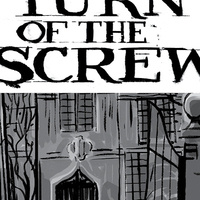