The Story Prize, now in its 16th year, is pleased to honor as its finalists three outstanding short story collections chosen from 94 submissions representing 72 different publishers or imprints. They are:

Everything Inside by Edwidge Danticat (Alfred A. Knopf)
Sabrina & Corina by Kali Fajardo-Anstine (One World)
Grand Union by Zadie Smith (Penguin Press)

Each finalist will read from and discuss their work with Larry Dark, the director of the award. The event will culminate with the announcement of the winner, who will be presented with a check for $20,000 and an engraved silver bowl.

Edwidge Danticat was the first winner of The Story Prize for The Dew Breaker. She is also the author of numerous books, including The Art of Death, a National Book Critics Circle finalist; Claire of the Sea Light, a New York Times Notable Book; Brother, I’m Dying, a National Book Critics Circle Award winner and National Book Award finalist; The Farming of Bones, an American Book Award winner; Breath, Eyes, Memory, an Oprah’s Book Club selection; and Krik? Krak!, also a National Book Award finalist. A 2018 Neustadt International Prize for Literature winner and the recipient of a MacArthur “Genius” grant, she has been published in The New Yorker, The New York Times, Harper’s Magazine, and elsewhere. She lives in Miami.

Kali Fajardo-Anstine is the author of Sabrina & Corina, a Finalist for the National Book Award in Fiction and Longlisted for the Aspen Words Literary Prize and the PEN/Bingham Prize. Sabrina & Corina has been selected as a campus one-read by the University of Colorado and Regis University. Fajardo-Anstine is the 2019 recipient of the Denver Mayor’s Award for Global Impact in the Arts. Her fiction has appeared in The American Scholar, Boston Review, Bellevue Literary Review, The Idaho Review, Southwestern American Literature, and elsewhere. She has an MFA from the University of Wyoming and is from Denver, Colorado.

Zadie Smith is the author of the novels White Teeth, The Autograph Man, On Beauty, NW, and Swing Time, as well as a novella, The Embassy of Cambodia, and two collections of essays, Changing My Mind and Feel Free. She currently lives in New York, where she is a professor of fiction at New York University. She is also the editor of The Book of Other People. She is a regular contributor to The Guardian, The New Yorker, and The New York Review of Books. Grand Union is her first collection of short stories.

Sponsored by the Creative Writing Program and The Story Prize.

JS Approved (on behalf of CP) 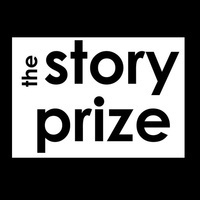